This article was produced in collaboration with AlterNet and first appeared here.

With the sentence commutations announced last week, President Barack Obama has now cut more than 300 harsh drug war prison sentences, more than the previous six presidents combined. Thousands more could be eligible for commutations, but bureaucratic obstacles inside the Justice Department mean the clock is likely to run out before Obama gets a chance to free them. 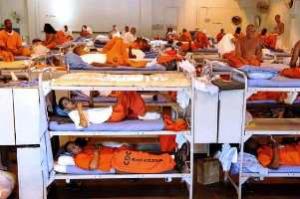 Thousands could go free with sentence cuts this year--if bottlenecks are fixed. (nacdp.org)

“In 2010, President Obama signed the Fair Sentencing Act, reducing unfair disparities in sentences imposed on people for offenses involving different forms of cocaine, but  there are still too many people in federal prison who were sentenced under the old regime – and who, as a result, will have to spend far more time in prison than they would if sentenced today for exactly the same crime," said Holder at the time. "This is simply not right."

“The White House has indicated it wants to consider additional clemency applications, to restore a degree of justice, fairness, and proportionality for deserving individuals who do not pose a threat to public safety.  The Justice Department is committed to recommending as many qualified applicants as possible for reduced sentences," Holder said. 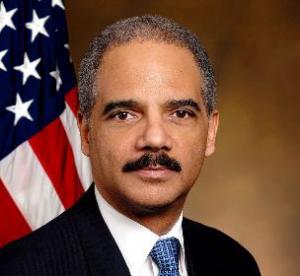 The mass clemency program is one of Eric Holder's sentencing reform legacies. (justice.gov)

Under Holder's criteria for clemency, low-level drug offenders who had served at least 10 years, had good conduct in prison, had no significant criminal history or connection to gangs, cartels, or organized crime, and who would probably receive a "substantially lower sentence" if convicted of the same offense today would be eligible for sentence cuts.

Of roughly 100,000 federal drug prisoners—nearly half the entire federal prison population—more than 36,000 applied for clemency. Many of them did not meet the criteria, but the Justice Department has reviewed nearly 9,500 that did. Of those, only the 306 have actually been granted clemency; applications are still pending for 9,115 more.  (An additional 8,000 pending applications are being handled by a consortium of private attorneys, the Clemency Project.)

Many of those might not make it to Obama's desk before the clock runs out on his term because the Justice Department has stumbled in administering the program. Thousands of prisoners doing harsh drug war sentences could lose their chance for early freedom because Justice didn't get around to hiring enough people to handle the flood of applications it generated.

The situation so infuriated Office of Pardons attorney Deborah Leff, who was hired to oversee the project, that she quit earlier this year. Her resignation letter to Deputy Attorney General Sally Yates made it clear why.

Despite her "intense efforts" to do her job, Justice had "not fulfilled its commitment to provide the resources necessary ffor my office to make timely and thoughtful recommendations on clemency to the president," she wrote. "The position in which my office has been placed, asking us to address the petitions of nearly 10,000 individuals with so few attorneys and support staff, means that the requests of thousands of petitioners seeking justice will lie unheard."

It wasn't just that Justice wasn't adequately staffing the pardons office—it had a total of 10 staff attorneys—but Yates was overturning the pardons attorney's recommendations and blocking the office's traditional access to the White House, Leff complained.

“I have been deeply troubled by the decision to deny the Pardon Attorney all access to the Office of the White House Counsel, even to share the reasons for our determinations in the increasing number of cases where you have reversed our recommendations,” Leff wrote in her resignation letter to Yates. 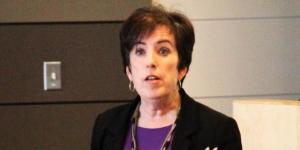 "It is essential that this groundbreaking effort move ahead expeditiously and expand," she wrote, implying that Justice Department process was stalling justice.

The staffing problems had been apparent early on, which is why the Department turned to the Clemency Project to help out last year. But that effort, which involved some 4,000 attorneys from 30 law schools,  70 large law firms, and more than 500 small firms and solo practitioners doing pro bono work, has also been slow to get rolling.

Now, with the days slipping away and freedom for thousands in the balance, both the Justice Department and the Clemency Project are feeling the heat. White House Counsel Neil Eggleston told the Washington Post last week that many more petitions will be granted in Obama's final months and that the Justice Department has doubled the number of lawyers at the pardon office. And administration officials said that President Obama wants to see more petitions on his desk.

"The President is deeply committed to the clemency initiative. That is evident not only by the historic number of commutations he’s granted to date, but by his wholesale approach to revamping the way the government approaches commutations," White House spokeswoman Brandi Hoffine said in a statement.

The Justice Department said it was working hard, too.

"The Justice Department has dedicated the maximum amount of resources allowed by Congress to the Office of the Pardon Attorney, and we have requested additional funds from Congress for each year the initiative has been in place," spokeswoman Emily Pierce said in a statement.

But it may be too little, too late for the thousands of men and women behind bars who could see freedom being waved in front of them only to vanish when the clock runs out.