A leading Republican presidential contender favors letting the states decide on pot policy, another Indian tribe wants to get in on the action, Mexican villagers turn the tables on crooked federal cops, and more. 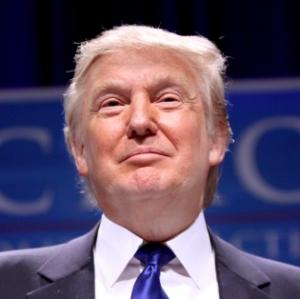 Donald Trump Would Let States Decide on Legalization. The Republican presidential contender said at a campaign rally Thursday that he supports letting states decide whether to legalize marijuana or not. "I really believe we should leave it up to the states," he said while taking questions at an event at the Nugget Convention Center in Sparks, Nevada.

North Carolina Indian Tribe to do Feasibility Study on Legalizing Marijuana. The Eastern Band of Cherokee Indians passed a resolution Thursday calling for a feasibility study to look into "the issues and impacts associated with legalization of cannabis." The resolution was submitted by tribal members who are part of Common Sense Cannabis.

Ohio Asset Forfeiture Reform Bill Proposed. State Rep. Robert McColley (R-Napoleon) said Thursday he will introduce a bill to end civil asset forfeiture reform. "Essentially, what [the bill] does is ensure that in order for anybody to lose their property through a forfeiture proceeding, they must first be charged with a crime and then subsequently convicted of that crime," McColley said. "Now, under Ohio law, there is something called provisional title, which essentially means that the state can hold temporary title to the property during the course of legal proceedings if that property is subject to forfeiture. That is still in place, but in order for the final transfer of title to occur, there must be a conviction of the underlying crime that is the basis for the forfeiture."

Mexican Villagers Detain Eight Federal Police They Say Work With Drug Cartels. At least 200 residents of a small mining town in Guerrero state have captured and are holding eight federal police officers they say work for the Guerreros Unidos drug gang. The federal police chief said talks were underway with locals to win their release. The incident occurred in Carrizalillo, where the police had arrived on a mission to arrest a local cooperative farming commission leader. They came accompanied by local alleged drug trafficker, and when the cops tried to arrest the local leader, the locals arrested the cops. Click on the link for more sordid details.

&(The Drug Reform Coordination Network, which also pays the cost of maintaining this web site. DRCNet Foundation takes no positions on candidates for public office, in compliance with section 501(c)(3) of the Internal Revenue Code, and does not pay for reporting that could be interpreted or misinterpreted as doing so.)