A new poll has good news for Florida's medical marijuana initiative, pot decriminalization is one Senate vote away in New Hampshire, and more. 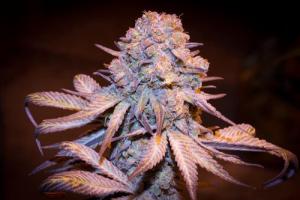 Colorado Racial Disparities in Teen Marijuana Arrests Worsen After Legalization.  Teen marijuana arrests actually increased after legalization in Colorado, and so did racial disparities among those arrested, according to a new state report.  White juvenile arrests dropped by 8%, while Latino arrests increased by 29% and black arrests increased by 58%. Among adults, marijuana arrests have decreased by nearly half, but racial disparities among those arrested grew slightly worse. In 2012, black people got busted at a rate almost double that of whites; in 2014, the rate was almost triple.

Florida Poll Has Majority Support for Legalization, Overwhelming Support for Medical Marijuana. A new Quinnipiac University poll has support for pot legalization at 56% and support for medical marijuana at 80%. Legalization isn't on the immediate horizon in the Sunshine State, but a medical marijuana initiative will be on the November ballot. A similar initiative was defeated in 2012 with 58% of the vote; it needed 60% to win because it was a constitutional amendment.

New Hampshire House Passes Decriminalization Bill. The House Wednesday voted 289-58 to approve Senate Bill 498, which was amended in committee to include provisions that would decriminalize the possession of up to a quarter ounce of marijuana.  The bill now goes back to the Senate for approval.

Myanmar Opium Farmers Call for End to Eradication Until Alternatives are Found. The 4th Annual Myanmar Opium Farmers' Forum ended Monday with a call for recognition of the struggles of poppy farmers and no crop eradication without alternative development programs in place: "We grow opium because we are poor and do not have other livelihood opportunities to feed our families and send our children to school, as well as for medicinal and traditional uses. We are not involved in the drug trade, we are not criminals, and we are not commercial farmers. Some of us also grow it for traditional and medicinal uses. It is important to differentiate between small-holder farmers like us, and those people who grow opium commercially and/or who invest in it," the farmers said.  "The government should not carry out any force eradication of our opium fields unless and until they have provided access to sustainable crop substitution programmes and alternative livelihoods to our communities. Eradication should especially not take place during the harvest season. By that time we have already invested a lot and also cannot grow another crop anymore that season." Myanmar is the world's second leading producer of opium, behind Afghanistan.