Posted by ToDo Hemp on Thursday, 12 May 2016 in Live Industry News

Congress acts on opioid and drug trafficking bills, million want to grow pot if it's legal, a CBD cannabis oil bill moves in Louisiana, a medical marijuana bill is killed in Missouri, and more. 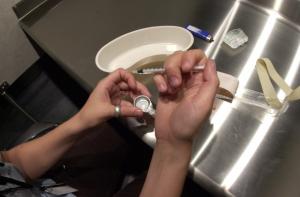 Millions of Americans Would Grow Pot at Home If It Were Legal, Survey Finds. A new Harris Poll conducted for Green State Gardener has found that a whopping 44.5 million adult Americans would grow their own at home if it were legal. That's 18% of all adults, up from 10% only last year. "A year or two of research doesn’t establish a trend yet, but the jump in these numbers is pretty significant," said industry analyst Bruce Butterfield. "The largest number of adults most likely to grow marijuana themselves is 18 to 34 year olds, followed by baby boomers aged 55-plus." The poll also found that 59% said marijuana should be legal, in line with other recent polls showing consistent, if narrow, majorities for legalization.

Louisiana Houses Passes CBD Cannabis Oil Expansion Bill. The House approved Senate Bill 271 Wednesday, but because it amended it, the bill must now go back to the Senate for a final vote. Last year, legislators legalized CBD cannabis oil, but only for a handful of conditions. This bill expands those conditions to include seizure disorders. No one can currently use CBD cannabis oils because the legislature is still figuring out how to regulate them.

Missouri House Rejects Medical Marijuana Bill. The House Wednesday killed the bill on a 71-85 vote. That leaves an open path for a medical marijuana initiative whose supporters have handed in signatures and are awaiting confirmation that the initiative has qualified for the November ballot.

West Virginia to See First Legal Hemp Crop Since World War II. Scientists with West Virginia University are set to plant hemp next week in Morgantown as part of a research study on phytoremediation (reinvigorating depleted or polluted soils). The second phase of the study will explore hemp's industrial applications.

House Passes 10-Bill Package Aimed at Opioid Addiction. The House Wednesday approved 10 bills that are part of an 18-bill legislative package designed to fight opioid addiction. One bill would concentrate on best prescribing practices for opioids, another would provide funding for care for babies of mothers addicted to opioids. The rest of the package is due for consideration today or tomorrow.

Congress Passes Transnational Drug Trafficking Act. The act, Senate Bill 32, now heads to the White House for President Obama's signature. The bill would criminalize foreign drug manufacturers if they intend, know, or have probable cause to believe the substance will be illegally imported into the US. It would also increase penalties for trafficking in counterfeit drugs.

Irish Government Makes it Official: Safe Injection Sites Are Coming. The government released its Program for Government Tuesday, and the document commits the Fine Gael-led administration to supporting "a health-led rather than a criminal justice approach to drug use, including legislation for injection rooms."